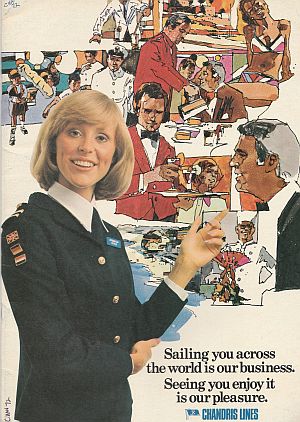 Their first vessel was the former Union-Castle liner Bloemfontein Castle, rebuilt to increase her capacity from 700 to over 1,000 passengers. She was renamed Patris, carrying migrants from Greece to Australia. Considered luxurious by the standards at the time, Patris featured a full-width main lounge, gallery, smoking room, two dining rooms and a swimming pool with pool bar. 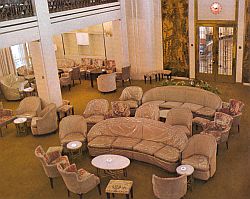 Continuing prosperity led to Chandris putting their largest ocean liner into service in 1965. The U.S. flag transatlantic liner America was no longer needed, and was quickly bought by Chandris. Her large capacity was more than doubled for the migrant and tourist trades and she was renamed Australis, the "Australian Lady". Almost all cabins received extra berths and although Australis had a rather spacious and plush interior, it suffered somewhat with heavy use by over 2,200 passengers. 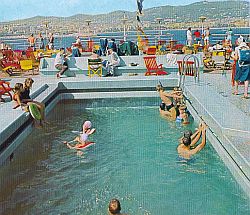 Business continued booming for Chandris Lines, such that when Ellinis' sister ship ex-Monterey became available in 1970, they bought and rebuilt her in similar manner for the around-the-world service, renaming her Britanis, the "British Lady".