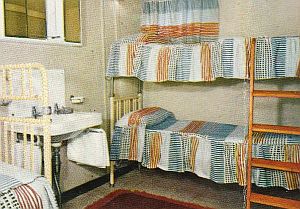 Strong demand led to purchase of an American C3-type passenger cargo liner which had served as an auxiliary aircraft carrier in World War II. Rebuilt again as the ocean liner Fairsea, she entered service in 1949. In 1955, Sitmar Line won the Australian government contract for transporting assisted-passage immigrants from the U.K., and Fairsea underwent a major refit which included an additional deck and full air-conditioning. Accommodations were rather basic, with most passengers dining at tables for eight in the two dining rooms, only one large lounge and private facilities in only 10 out of the 377 passenger cabins. 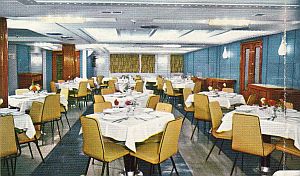 The Vlasov's sold the pre-war Castel Verde and Castel Bianco in 1957, seeking to replace them with an ocean liner of a higher standard. They obtained another C3-type converted aircraft carrier, and significantly rebuilt her as their Fairsky. Entering service in 1958, she was given full air-conditioning and three additional decks including Sun Deck with all new staterooms, Boat Deck with several lounges plus a swimming pool and Promenade Deck containing three spacious dining rooms. Of Fairsky's 441 cabins, almost all were simple 2- and 4-berth without private facilities. 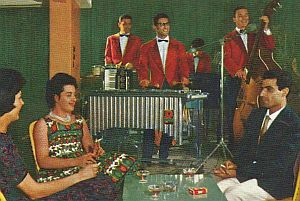 When Sitmar Line lost the Australian government contract to Chandris Lines in 1970, Fairsea and Castel Felice were withdrawn. Fairsky remained on the Europe to Australia route until 1974, when she was redeployed as a full-time cruise ship, but then partially sank and was scrapped. Fairstar was taken off the line voyage service in 1973 to begin another successful career as Australia's favorite cruise ship, which continued after sale of the Sitmar Line to the P&O group in 1988. She remained in the same service until withdrawn and scrapped in 1997. 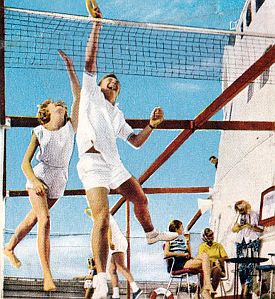