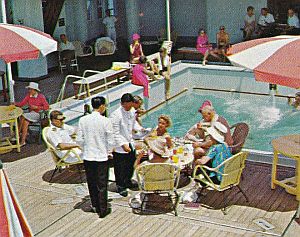 First class passengers aboard Boissevain, Ruys and Tegelberg enjoyed lovely public rooms on the glass-enclosed Promenade Deck including a social hall, library, smoking room and recreation area opening onto the pool bar and tiled outdoor swimming pool. The entrance hall, dining room and First class staterooms including two veranda cabins deluxe were on A- and B-Decks. 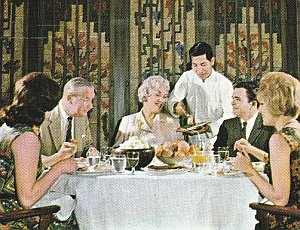 The hardworking Royal Interocean Lines ocean liners accommodated all varieties of travelers from the wealthy to tourists to migrant settlers and workers. They were assisted by the smaller Tjitjalengka and Straat Banka to provide monthly departures in each direction. 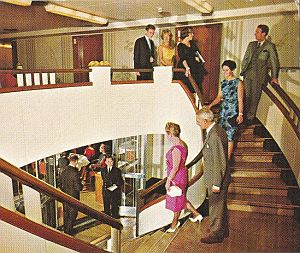 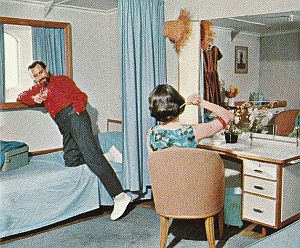