This long-established shipping line, a subsidiary of the P&O group, operated extensive voyages between the U.K. and New Zealand via Panama, using some of the largest combination passenger and cargo ocean liners ever built.

Outbound sailings from London mostly carried migrants settling in New Zealand, whereas on eastbound sailings there were tourists and reverse migrants along with the cargo holds filled with refrigerated lamb and related products. There were layovers of several weeks for cargo handling at the terminal ports. 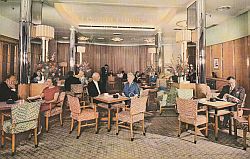 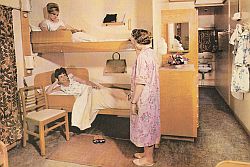 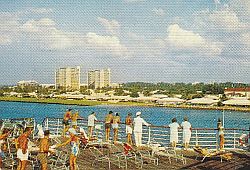 Sample minimum one-way fares from London to Auckland: One class $559; from Auckland to London: One class $461; All fares are per person in U.S. dollars.