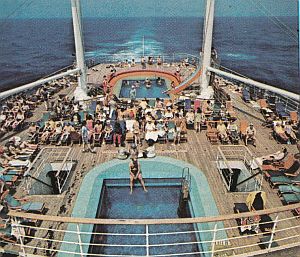 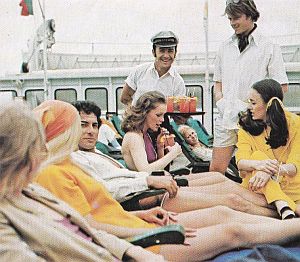 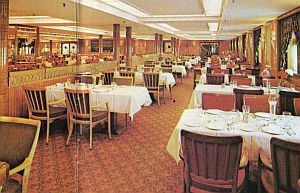 When the eight-year-old Empress of Britain was up for sale, and with liner services to the Mediterranean less affected by jet travel than the North Atlantic, she was bought by Greek Line and renamed Queen Anna Maria. She was updated for a dual purpose role as an ocean liner and cruise ship, primarily by installing air-conditioning throughout the ship and private bathrooms in all cabins, adding a new lido deck with four swimming pools and a large night club at the stern. She entered service in 1965.