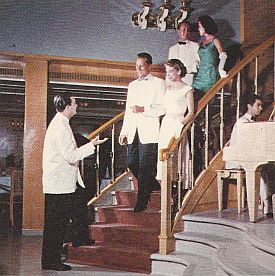 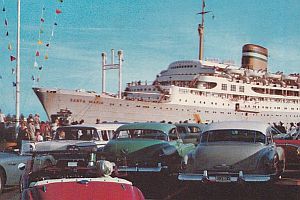 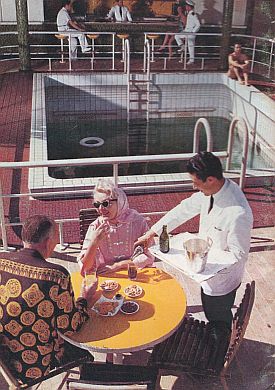 The Companhia Colonial de Navegacao Infante Dom Henrique was the largest Portuguese ocean liner to date. The interior design was 1950s modern in metal and glass which was in marked contrast to the beautiful woods used in the earlier ships. 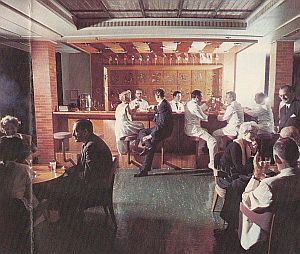 Santa Maria stayed on the same transatlantic route for Companhia Colonial de Navegacao throughout her career, except for a notorious 12-day hijacking by 24 revolutionaries in 1961 who opposed the Portuguese prime minister and forced the ocean liner to follow a secret route off the coast of Brazil. Infante Dom Henrique was retired upon independence of the Portuguese African colonies, eventually becoming a cruise ship for new owners.