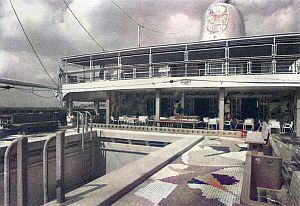 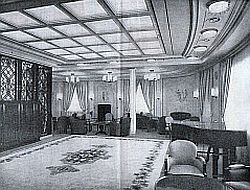 Four of the ocean liners traded to exotic sounding east African ports in Kenya, Tanzania, Madagascar, the Comoro Islands and Reunion, reversing course at Mauritius. The comfortable vessels on this service were the identical La Bourdonnais, Ferdinand de Lesseps, Pierre Loti and Jean Laborde. The ports varied from voyage to voyage, but each one-way trip took almost one month. 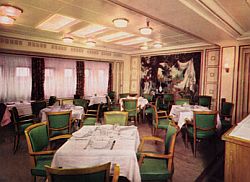 After the Suez Canal closed in 1967 and war was raging in Southeast Asia, Viet-Nam was renamed Pacifique and switched to the South Pacific.