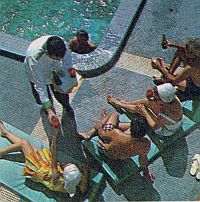 By 1956, Moore-McCormack's pre-war "Good Neighbor Fleet" of 1938 the Argentina, Brazil and Uruguay, were nearing the end of their useful lives trading between New York and the east coast of South America. The decision was made that the popularity of the exotic, tropical route justified replacing them with two new, more luxurious ships named Argentina and Brasil, which were completed in 1958. 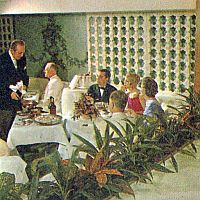 The new Moore-McCormack Lines ocean liners were very spacious by the standards of the time and featured all outside staterooms with private facilities. Their normal route was from New York to St. Thomas (3 days), Rio de Janeiro (10 days), Santos (12 days), Montevideo (14 days) and Buenos Aires (15 days). The homeward voyage called at Santos, Rio de Janeiro, Barbados and San Juan.

"A beautiful world of shipboard luxury, gayety and relaxation... the 'Champagne Touch' of Moore-McCormack. And it greets you the moment you board the ss ARGENTINA or the ss BRASIL, America's newest, most modern luxury cruise liners." 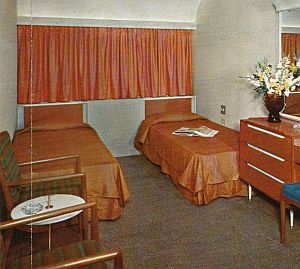 Sadly, there wasn't a great need for the Argentina and Brasil as the jet airliners were coming quickly and would take most of their passengers. In an effort to make them profitable a new top deck of cabins and an observation lounge were added to both ships in 1963. Their sailing schedules were diversified to include cruises to the Caribbean, the North Cape and Baltic and around Africa.

Sample minimum one-way fares from New York to Buenos Aires: First class $735; All fares are per person in U.S. dollars.

Go to Moore-McCormack Lines sailing schedules or select schedules by ship below: