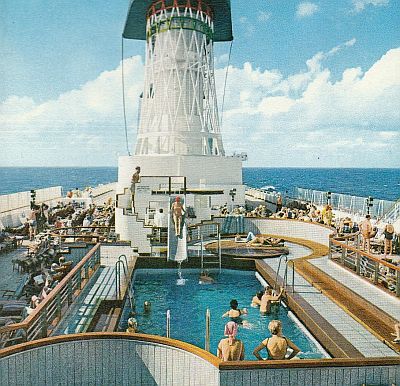 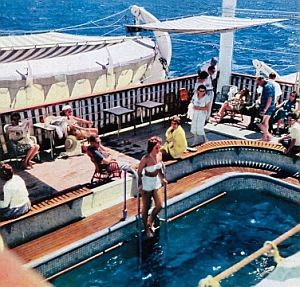 A lesser known Italian Line service connected Italy with the West Coast of South America via Mediterranean and Caribbean ports, through the Panama Canal and then southward as far as Chile. The ships employed on this service starting in 1963 were the Donizetti, Rossini and Verdi, known as the "Three Musicians". With up to 14 intermediate ports, there was considerable cargo handling... generally manufactured goods enroute to South America and returning with cotton, minerals and coffee.

In 1973, Cristoforo Colombo was moved to the South America service to replace Giulio Cesare, which had developed serious mechanical issues. One of the last to give up, by 1977 all Italian Line transatlantic service had been discontinued for the usual economic reasons.