Established at New Orleans in 1919, the Mississippi Steamship Company, better known as the Delta Line, operated combination passenger and cargo ships from their home port to the east coast of South America. Their three newest ocean liners were requisitioned by the U.S. government for military service in World War II. When they were returned to Delta Line they were laid up and sold off to be replaced by a new $21 million trio of gleaming, modern liners named Del Norte, Del Sud and Del Mar. 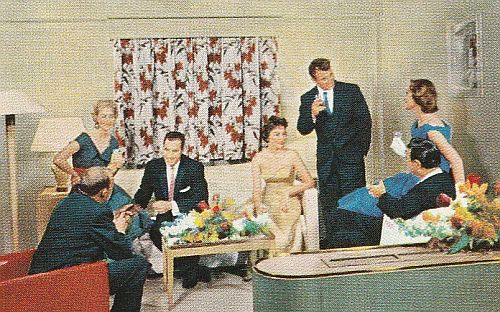 The new "coffee boats" were designed by renowned American naval architect George Sharp with exceptional use of aluminum and glass and complete air-conditioning for the tropical route. All 41 passenger staterooms were First class outside with private facilities and all lower berths. Public areas included the Deck Cafe, Bar, Grand Hall, Beach Deck and outdoor pool all on Promenade Deck. A circular "grand stairway" connected with the Main Deck which contained the Entrance hall, and the dining room was below.