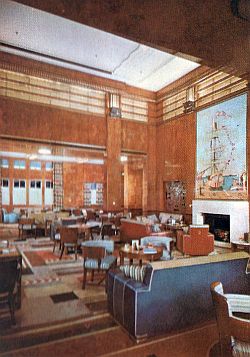 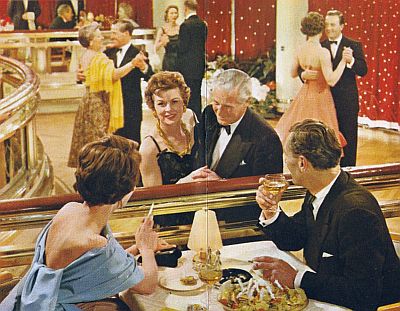 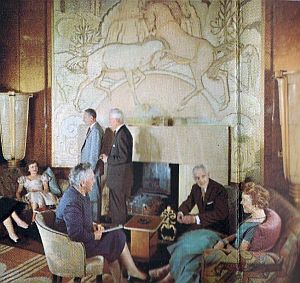 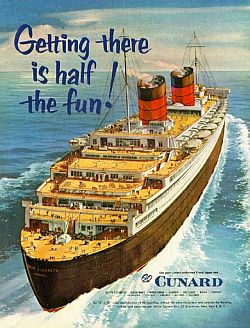 In the mid 1950s, Cunard Line ordered four new mid-sized ocean liners for their U.K. to Canada services, offering weekly sailings from each side of the Atlantic. 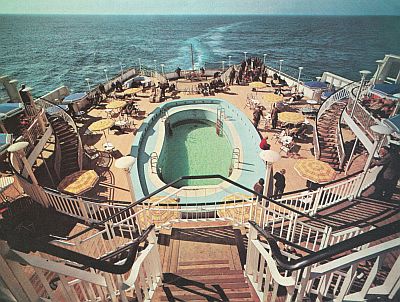 In 1963 the first pair, Saxonia and Ivernia were renamed Carmania and Franconia. They were upgraded and made suitable for a dual role of crossing and cruising. Repainted in shades of green, they were given expansive Lido Decks, private facilities in every cabin and a North Atlantic liner style which recreated the past and promoted gracious living. 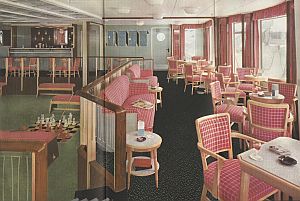 The company made the decision in 1964 that there was still sufficient demand for Atlantic crossings by sea, such that a new Cunard Line superliner was ordered, to be equally suited to both crossing and cruising. Entering service in 1969, the legendary Queen Elizabeth 2 admirably fulfilled both roles for 35 years, extending Cunard Line's legacy into the 21st century. Then in 2004, the QE2 was replaced on the transatlantic run by the biggest and most stunning ocean liner of them all, the Queen Mary 2. Cunard Line now occupies a niche in the contemporary cruise industry as the only company to operate regular line voyages.